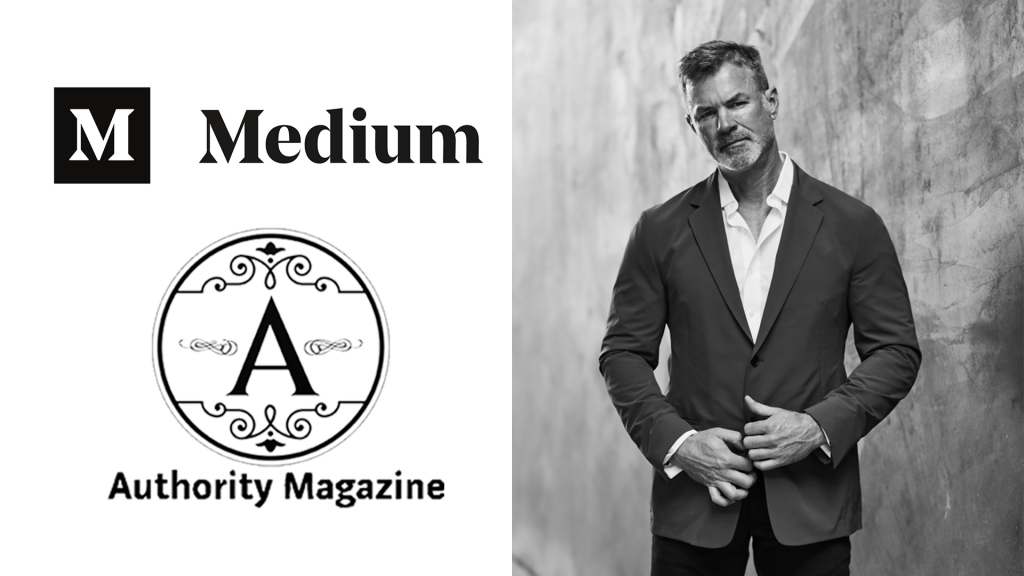 “5 Things I Wish Someone Told Me Before I Became CEO of Fugitives,” With Chris Gernon

Today I had the pleasure of interviewing Chris Gernon, the founder and CEO of Fugitives, a creative agency that develops visual content for some of the world’s most influential brands. Chris is at his core, a storyteller and marketer using every medium possible as a canvas to create branded content. However, his passion lies in helping others by using his marketing skills to affect social change throughout the world.

As a child, Chris spent countless hours working at his father’s hardware store in the depths of Louisiana where he was given the freedom to build anything he could dream up, no matter how far-fetched or difficult. Sparking his creative spirit at an early age, Chris went on to study film in college After college, he started his career in Los Angeles at the legendary production houses of Propaganda, Satellite Films and Mojo Editorial, where he specialized in video editing and visual effects for national television and cinema campaigns, music videos and long-form branded content.In 2005, he launched the International Music Feed with Universal Music Group, as their Executive Producer. After the network was launched Chris turned his entrepreneurial spirit towards launching his own creative solutions agency.

Thank you so much for joining us! Can you tell us the story about what brought you to this specific career path?

I think it’s probably that I grew up in a family of entrepreneurs. I never really planned to own a business though. It was just kind of like in my DNA. It happened when I was with some friends and colleagues and we were looking at the industry as a whole and realizing that the current way of doing business was never going to work. And so we decided that a more streamlined and economical approach was the way the industry was moving. We started a business together, all three of us, and they backed out, and I ended up with the company. So, it was really just out of a conversation that we had that we started something that they didn’t want to complete, and I took it on and finished it out.

Can you share one of the major challenges you encountered when first leading the company? What lesson did you learn from that?

The major challenges I had in the business was sales. How do you go about selling yourself in a way that you’re able to talk about yourself? The hardest thing in the world is how do you talk about yourself and as a creator and as more of a creative person and not a business person, I always struggled with the sales aspect of my business, and I had many people along the way tell me that the only way to sell a business is for me to do it myself.

And then I tried different paths of hiring people to sell or getting managers to sell or other people to do the work for me. The biggest lesson that I learned, is that the only way to do it was to sell yourself. And that you had to learn how to talk about yourself in a way that people can understand it. What is your message? What are you selling, and how do you talk about that?

The other challenge is really in team-building and in personnel and understanding how to keep people motivated in a project, but then also get the work to move in a certain direction. So, it’s really in the negotiation, the creative minds and how you inspire and lead as opposed to dictate and mandate objectives.

What are some of the factors that you believe led to your eventual success?

Perseverance, determination, and never giving up. Never accepting no as an answer. Always believing that there’s another way to approach something and never feeling that the first approach is the best approach. Sometimes you have to go about in a different way to get where it is you need to go, and that’s been true for sales as it is to creative objectives, as it is to everything. There’s many ways to go about tackling a project or a goal or something else, and it’s never that the first way you go about it. You have to constantly think about it in different ways and being open to the idea that the initial approach is not always the final approach.

What are your “5 Things I Wish Someone Told Me Before I Became CEO”?

What advice would you give to your colleagues to help them to thrive and not “burn out”?

Patience. Never taking no for an answer and understanding that the business is cyclical. Just because you’re not in line for something now doesn’t mean you won’t be in line for that project later. Things have a cycle to them, it’s important to understand and prepare for that cycle so that as one client is phasing out you have another client that you’re able to sort of put it in the wings. You never want to be overextended with one client. So you’re constantly having to build your roster of clients that you can rely on to help keep the business afloat.

None of us are able to achieve success without some help along the way. Is there a particular person who you are grateful towards who helped get you to where you are? Can you share a story?

His name is Chuck. Chuck was a partner at a company that I worked for and I always respected his insight and his ability to bring organization to particular problems. I gravitated to him because of his intelligence and his work experience. He was like me, he didn’t go to business school at first, but he went back to business school after he ran a business. His insight was first textual or more academic but then it was also real-world experience because he had ran a business. His insights were key to helping me out.

Another person that helped me out was a guy by the name of Chip. Chip was the one who sat me down and basically set me straight legally, like through lines of credit. Overall, to show me how do you physically run a business. What kind of team do you need around you behind the scenes to help orchestrate all the stuff that you need to get it done? Attorneys, bookkeepers, legal tax people, just business associates that you need to have on your team to help facilitate what it takes to run a business.

What are some of the goals you still have and are working to accomplish, both personally and professionally?

Definitely to sign a new client, Ideally, it would be a re-brand, but typically how these things work is that you get smaller projects upfront to sort of test it out. So, it’s really just about isolating and building that client and then trying to negotiate and get work in the door. That’s the biggest thing in any sort of sales and the hardest thing in the world to do because you have to break the shell of a company and get introduced to them in a way that opens up their idea that is accepting new vendors.

So it’s about wedging yourself into a situation or trying to find associations that will allow them to understand you. It took me close to two years to get The Sahara as a client. So, it doesn’t happen overnight, it’s a slow, slow burn. When you say build a client, that’s a full-time job along with all the other work that you have to do.

What do you hope to leave as your lasting legacy?

I would want a foundation set up that promotes and allows other entrepreneurs to have an ability to learn what it is that I learned through scholarships, an entrepreneur program, or a foundation. The foundation would be something that would link people together to give them a leg up in the industry to not necessarily have to go through all the steps that I went through. I want to be able to help others to potentially start off on an easier path to success than it was that I had to get there. Even more so, I would like the foundation to be for LGBTQ kids or entrepreneurs that have a similar background that i had. Kids that don’t come from a wealthy family who need to start something from the ground up and grow in a business-oriented way. Helping them meet the right people, move in the direction with the right resources and the right infrastructure to overall support them.

You are a person of great influence. If you could start a movement that would enhance people’s lives in some way, what would it be? You never know what your idea can trigger!

One of the things that someone told me as I was growing up in the industry was that you have to know what it is that you do really well, how your brain thinks, and what comes naturally to you and your instincts. What comes naturally to me is problem-solving. If I were to start a movement or something that would trigger a change in people’s lives, it would be through giving them tools on how to go about solving a problem. To train your brain to think in a way that doesn’t create problems but solves them. To train the brain to have empathy, look at things from many different perspectives, and understand them from many different points of view. If I could give someone those lessons to help them move forward, then I would.

How can our readers follow you on social media?