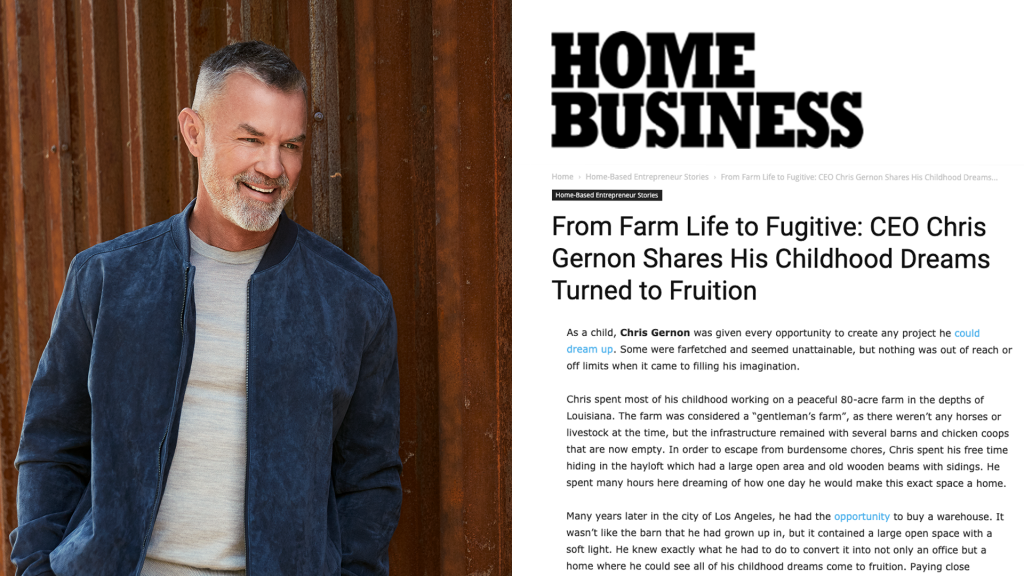 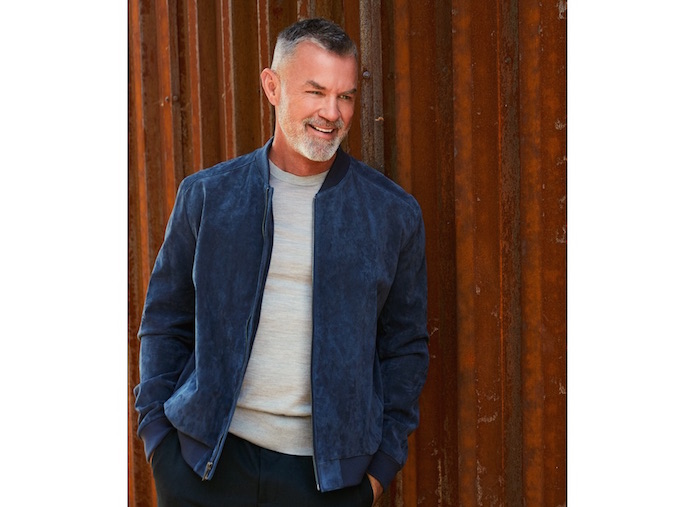 As a child, Chris Gernon was given every opportunity to create any project he could dream up. Some were farfetched and seemed unattainable, but nothing was out of reach or off limits when it came to filling his imagination.

Chris spent most of his childhood working on a peaceful 80-acre farm in the depths of Louisiana. The farm was considered a “gentleman’s farm”, as there weren’t any horses or livestock at the time, but the infrastructure remained with several barns and chicken coops that are now empty. In order to escape from burdensome chores, Chris spent his free time hiding in the hayloft which had a large open area and old wooden beams with sidings. He spent many hours here dreaming of how one day he would make this exact space a home.

Many years later in the city of Los Angeles, he had the opportunity to buy a warehouse. It wasn’t like the barn that he had grown up in, but it contained a large open space with a soft light. He knew exactly what he had to do to convert it into not only an office but a home where he could see all of his childhood dreams come to fruition. Paying close attention to the qualities of the space and accentuating them completely, he mixed the old and the new in order to tell a unique story. It was important to pay homage to the original industrial space with the original concrete floors, but infuse the space with modern touches.

Designing the space himself, he created the centerpiece of the warehouse: a hayloft made out of his own reclaimed wood which is now his bedroom. Below his bedroom, he designed the space as an office with computer servers and an equipment room. Chris also designed the warehouse for an easy transition from work to home with an open floor plan kitchen, living room, and conference room. The separation maintains privacy, making it easy to step into and out of work.

Every day, Chris focuses on the relationship between dreaming and execution. Twenty years ago, he started a video post-production agency called Fugitives Editorial. Fugitives Editorial creates digital content for several world-class companies, including several divisions of Disney Parks and Resorts (Disney Vacation Club, Aulani, and Adventures by Disney and all of its parks).

Chris explains, “Most people think it’s about running away from something. Instead, it’s actually running toward a problem and finding a solution. We think about how to solve problems better. The primary focus at Fugitives is content creation.”

Wanting to expand his enterprise even further, he opened a boutique advertising agency in 2018 called Fugitives Creative, a company that offers a complete package of creative services. Through Fugitives Creatives, he recreated the SAHARA LAS VEGAS brand from the ground up. In the year since opening the project, he helped build the brand’s strategy, name of the property and its entities, logo design, hotel and business collateral, as well as all marketing campaigns for the following year.

The combination of these two divisions of the creative and the execution has been a lifelong goal that is not just beginning to be realized.

“Every day, running a company, managing creative, and paying the bill can sometimes feel like you’re pushing a rock up a hill with your nose, but to have the ability to create your own path and be in charge of your destiny is everything. It takes work, you struggle, and there are many sleepless nights. But you know what? I wouldn’t change it for the world.”